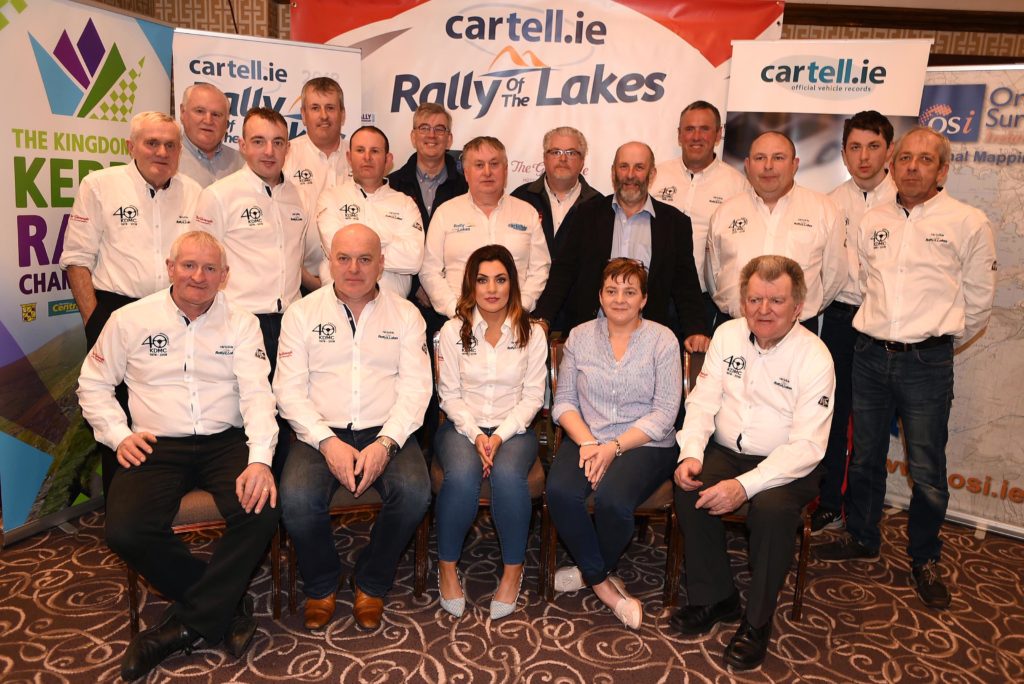 On the night of November 10th 1977 a group of Motorsport enthusiasts met in O’Shea’s Bar in Milltown to discuss the formation of a new Motor Club.

It was there that Killarney & District Motor Club was founded 30 years ago. Killarney and District Motor Club has grown and prospered to become one of the strongest and most admired clubs in the country. The minutes of that first meeting have survived the passage of time and they show that the proposal to form a motor club was put by a man who afterwards served as the Clubs Joint Treasurer for many years… KENNETH O’NEILL.

The Proposal to form a new club was seconded by the man who was elected as the second Joint treasurer and who gave sterling service to the club in its formative years. PAT ALLMAN.

That the newly formed Club should be called Killarney and District Motor Club was proposed by a man who was at that time one of the best rally navigators in the country, and who is still an active rally competitor, MIKE BUCKLEY .

The choice of name for the new club was seconded by one of the county’s best known and most colourful rallying characters, who went on the serve as Chairman of Killarney and District Motor Club for a number of terms over the following years. DES O’NEILL
The Chairman elected at the formation of the Club was a very wise choice in that he was not a competitor, was not involved in the split with Kerry Motor Club, which had led to the formation of the Killarney Club, and, with no axe to grind, he was able to steer a safe passage through the stormy water of the clubs early days. DONIE MCCARTHY.

Donie McCarthy was proposed as Chairman by a man who, sadly, is no longer with us. JOHN BROSNAN.

The man who seconded Donie McCarthy as Chairman is, happily, still with us, has played a variety of roles in Club activities over the years and, in recent years, has almost invariably filled the post of Chief Timekeeper on the Rally of the Lakes. RICHARD FITZGERALD.

Richard was also the person who proposed the appointment of Ken O’Neill and Pat Allman as Treasurers of the Club, and the Proposal was seconded a competitor whose refusal to give up trying made him a legend in both cycling and rallying circles. He still competes to the present day, is Chairman of the Kerry Veteran & Vintage Car Club, designed the original Silver Wheel award in 1980 and has crafted this unique trophy ever since. FINTAN FOLEY.

The choice of Secretary was probably an omen that Killarney and District Motor Club would never settle for being just another motor club, or would never be afraid to rattle the cage of the establishment, if the need arose. From the outset the newly appointed Secretary sought to push out the limits of what could be achieved within the rules and, to this day, remains one of the most experienced, outspoken and controversial figures in Irish Motorsport. MIKE MARSHALL.

Mike was proposed as Secretary by the late John Brosnan, of whom we have already spoken, and, by a strange co-incidence, the proposal was seconded by a man who has also passed to his reward. TIMMY FLYNN.

Having formed the Club, it obviously had to set about organising events. To do this it needed to be affiliated to the RIAC. Kenneth O’Neill proposed that we seek affiliation without delay and this proposal was seconded by one of two women who were present on that historic night. She went on to serve as Club secretary some years afterwards. REIDEEN BUCKLEY.

The other woman present at the foundation of the club is not recorded in the minutes as having made or seconded any of the proposals adopted on the night, but she has since gone on to claim a number of unique records. One of a very small number of people who have been members for all of the past thirty years, she has been membership secretary for the greater part of that time, holds a work record as the longest serving secretary of an International Rally and is probably the Club member best known to most competitors who take part in our rallies. NOREEN MARSHALL.

This website uses cookies to improve your experience while you navigate through the website. Out of these, the cookies that are categorized as necessary are stored on your browser as they are essential for the working of basic functionalities of the website. We also use third-party cookies that help us analyze and understand how you use this website. These cookies will be stored in your browser only with your consent. You also have the option to opt-out of these cookies. But opting out of some of these cookies may affect your browsing experience.
Necessary Always Enabled
Necessary cookies are absolutely essential for the website to function properly. This category only includes cookies that ensures basic functionalities and security features of the website. These cookies do not store any personal information.
Non-necessary
Any cookies that may not be particularly necessary for the website to function and is used specifically to collect user personal data via analytics, ads, other embedded contents are termed as non-necessary cookies. It is mandatory to procure user consent prior to running these cookies on your website.
SAVE & ACCEPT